Cities to visit in Vietnam

The most beautiful towns in Vietnam

Vietnam, officially the Socialist Republic of Vietnam, is a country in Southeast Asia. It is located at the eastern edge of the Indochinese Peninsula.  In recent years, Vietnam is considered a very popular country because the cost of living is not very high. In addition, Vietnam also have many interesting attractions.

North Vietnam will have lower temperatures than other parts of the country because the north of Vietnam is adjacent to China. As a result, it snowed in some areas as well. North Vietnam is very popular because of its beautiful nature and can be visited all year round. 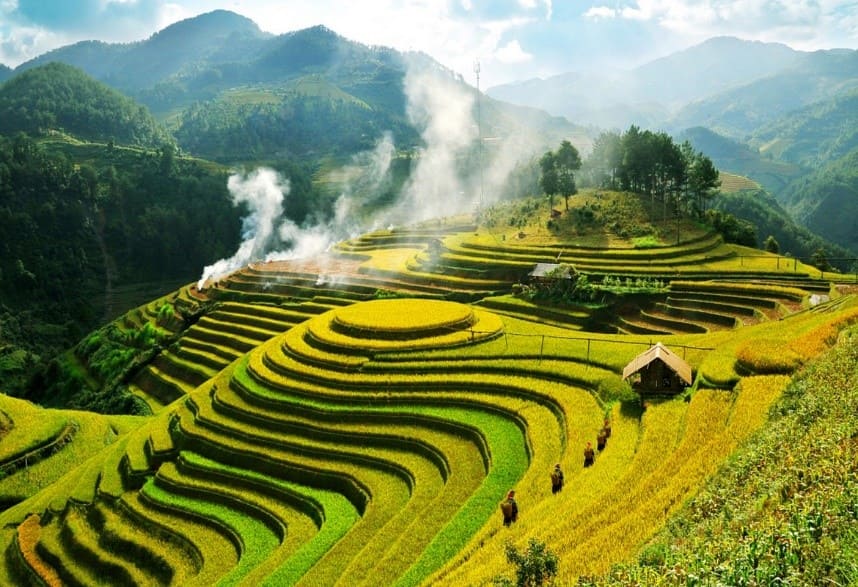 Hanoi is the capital city of Vietnam which is a city located in the north of the country and the population is about 6 - 7 million people. In the past, Hanoi was just the capital of North Vietnam. However, now North Vietnam and South Vietnam have combined, Hanoi is still the capital of Vietnam. Hanoi is a unique blend of traditional culture and modernity that has made Hanoi a popular city in Southeast Asia. The highlight of this city is its simplicity and slow life. The local people also live a simple, slow life, and this simplicity is the charm of this city.

Quang Ninh is a city with national landmarks and world heritage sites such as Halong Bay. There are many restaurants and tourist attractions. The highlight is seeing the nature of the caves of stalagmites and stalactites at Thien Kung Cave and Tham Heaven. Inside, the large stalactite and stalagmite caves, there are three halls within. 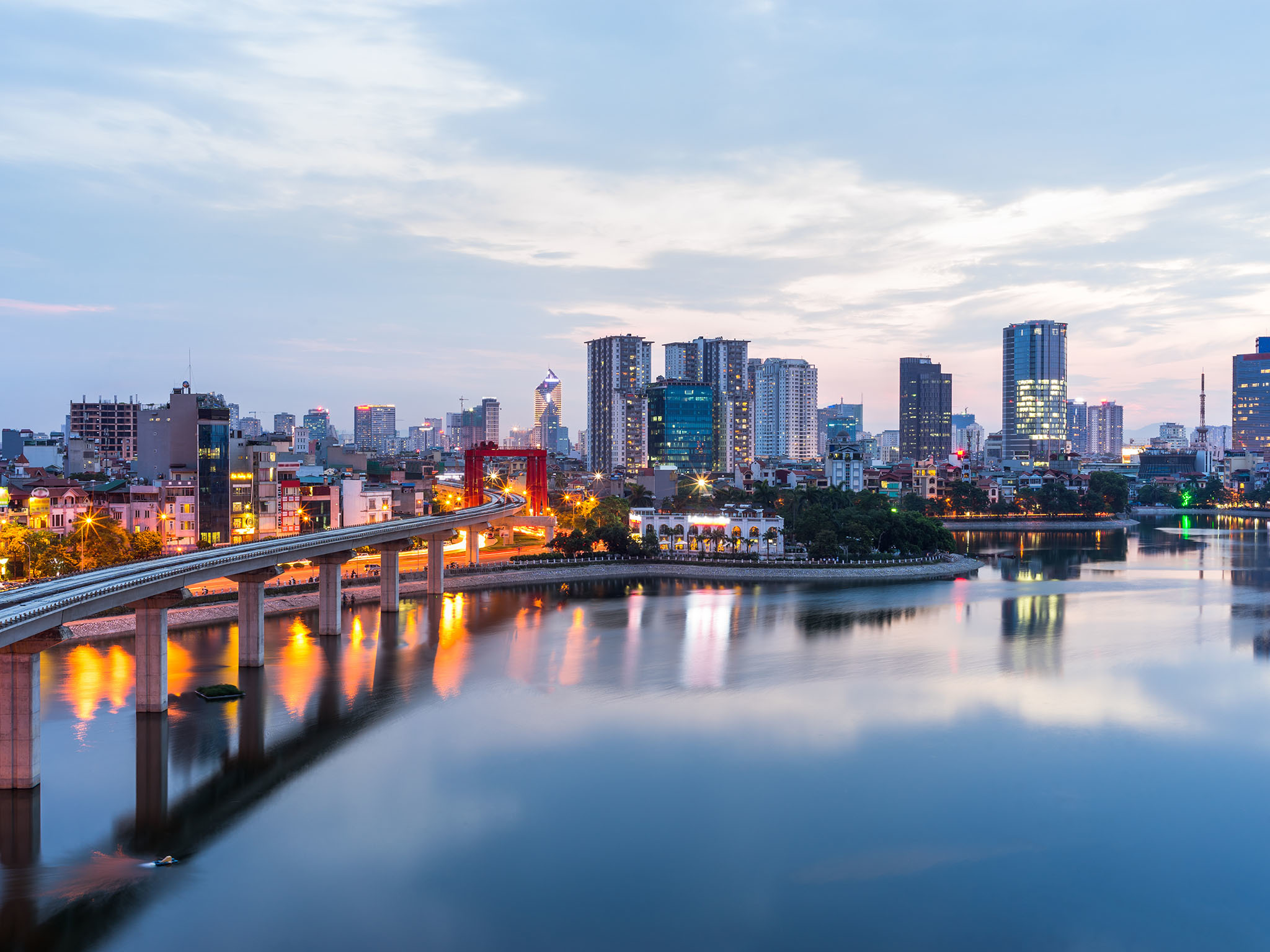 Sapa is a city located on the northern side of Hanoi. In the past, Sapa was considered a popular vacation destination for Europeans, so most of the buildings and houses were Western art. Although it is a city with abundant nature, forests, mountains, there are many shops and services to serve which makes it quite convenient. The city has good weather all year round. In addition, there is also beautiful and rich nature such as mountains, waterfalls, or rice terraces. Anyone who would like to experience nature and a simple way of life are invited to Sapa once. 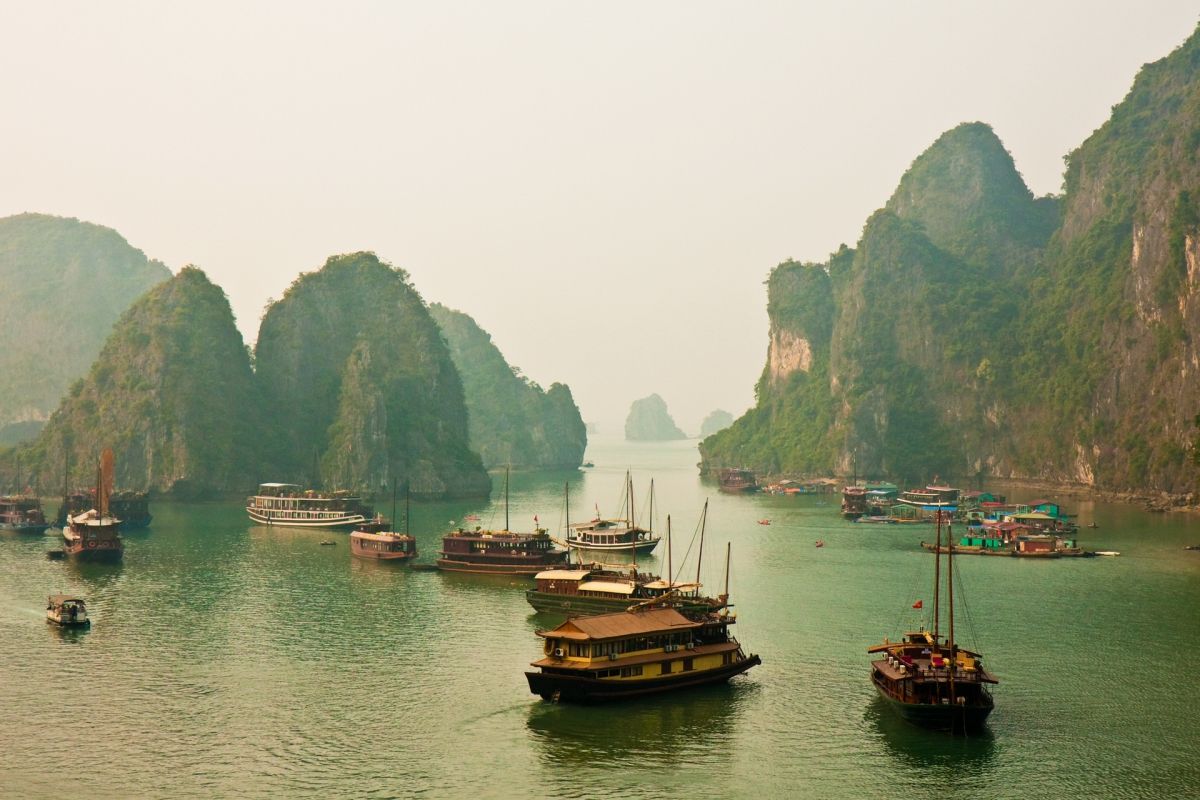 Central Vietnam has a warmer climate than the northern part. There is a rainy season between July – November and a high season between December – March. The high season period is winter-spring because the weather is warm and comfortable suitable for vacation. 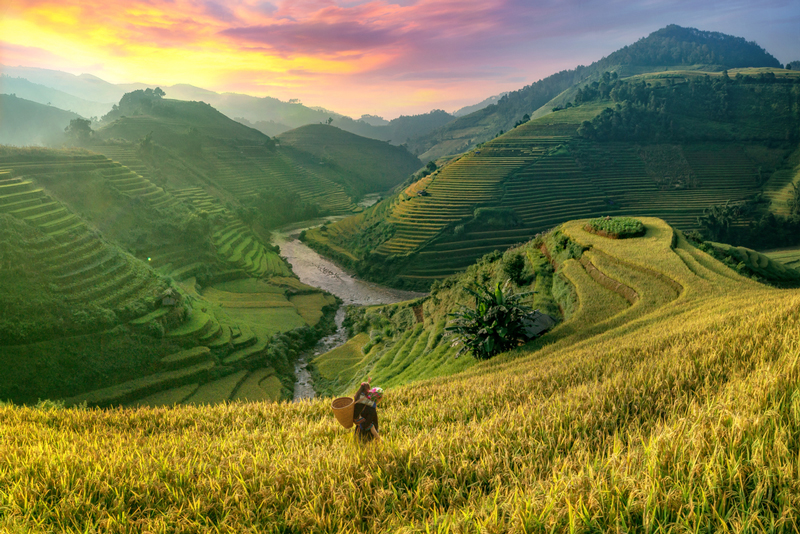 Hue is a world heritage city located along the Hom River. Hue is also the city with the most beautiful urban planning in Vietnam. There is a beautiful pagoda at Thien Mu Pagoda, also known as Angel Temple, which is the most sacred temple in the city. In addition, the city has many tourist attractions such as Imperial City of Huế, Tomb of Khải Định that The most special one is the painting of 9 intricate dragons on the ceiling of the tomb that painted by an artist who draws with his feet.

Danang is as beautiful as a European city in Asia, In addition, the city is also beautiful scenery because of surrounded by the sea. Danang many tourist attractions such as 1.Marble Mountains, 2.Cao Dai Temple that is decorated in multi-religious, 3. The Museum of Cham Sculpture collects art and ancient related to Hinduism, 4. The largest Buddha statue in Vietnam at Quang Minh Temple, 5. The world cultural heritage My Son and the last is Ba Na Hills that is a popular tourist attraction now. 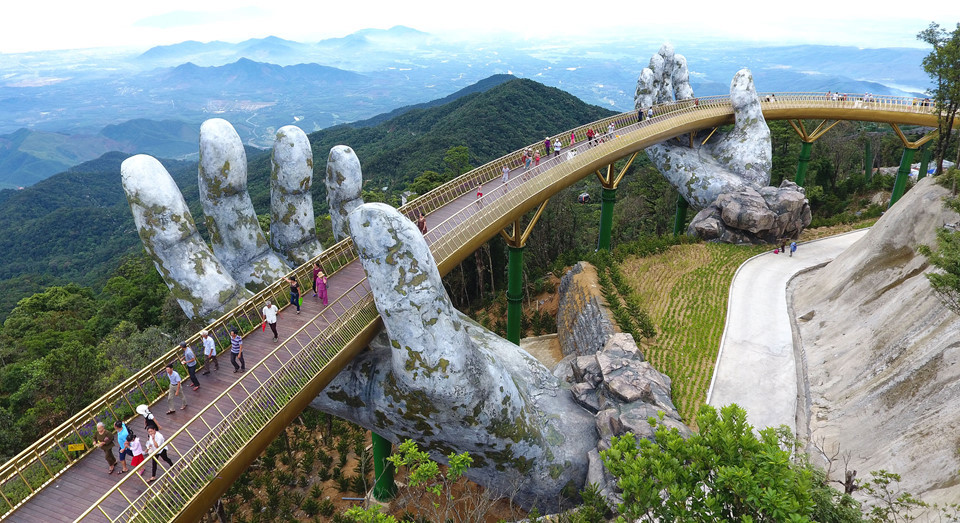 Hoi Ann is a small town on the coast of the South China Sea. It has a population of about 8 hundred thousand people. Hoi Ann is a world heritage city with an interesting and long history. Hoi An looks like a Chinese community and has a Japanese zone separated by a small canal. 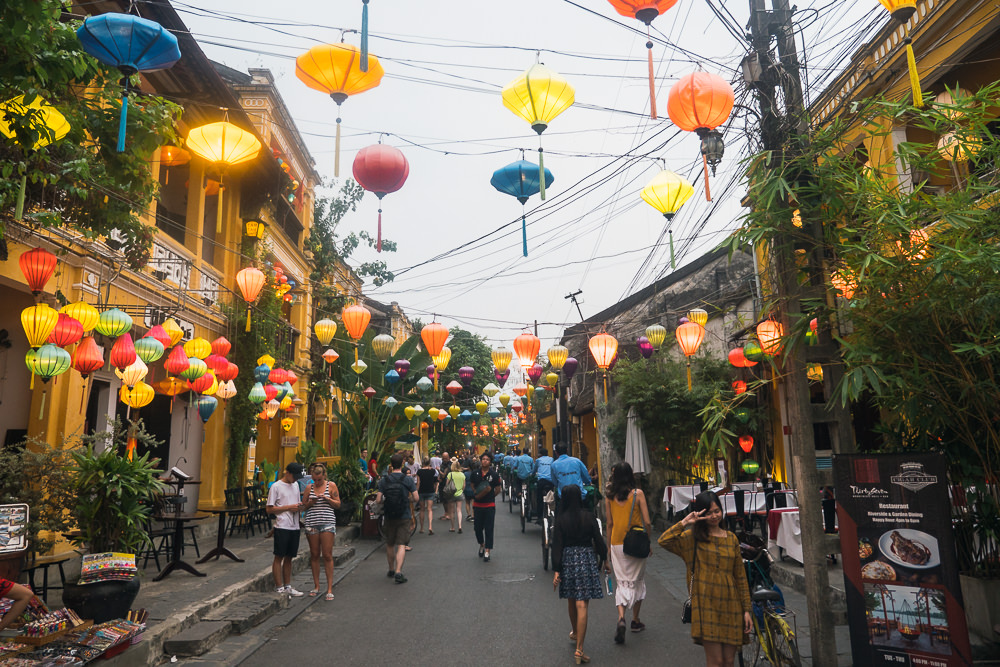 South Vietnam is divided into two main cities which there are many interesting attractions both in the city and natural attractions. The weather in South Vietnam is hot and humid and the monsoon season is in late summer - rainy season. Ho Chi Minh, formerly known as Saigon City and also is Vietnam's largest central commercial center. It has old architecture since it used to be a French colony. The majority of the population in Ho Chi Minh City is traditional Vietnamese and Chinese Vietnamese. The main language is Vietnamese and the main currency is Dong but many places can use US dollars and Thai baht. 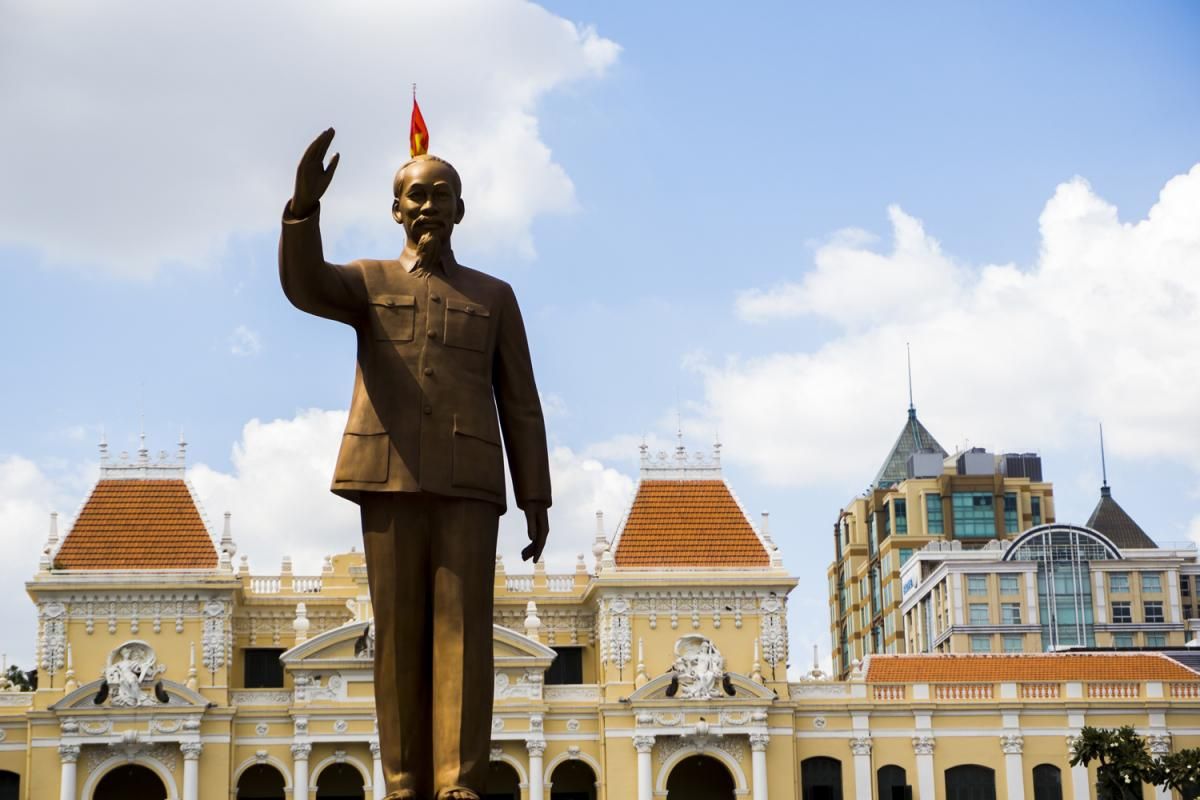 Da Lat, Vietnam is a town in the middle of a valley surrounded by nature result in the weather is good almost all year round. It is also called Switzerland of Asia. Da Lat has many tourist attractions such as Xuan Huong Lake, Hydrangea flower garden, blue pond (Tuyệt Tình Cốc), etc….Moreover, there are also historical sites such as the Summer Palace of King Bao Dai. 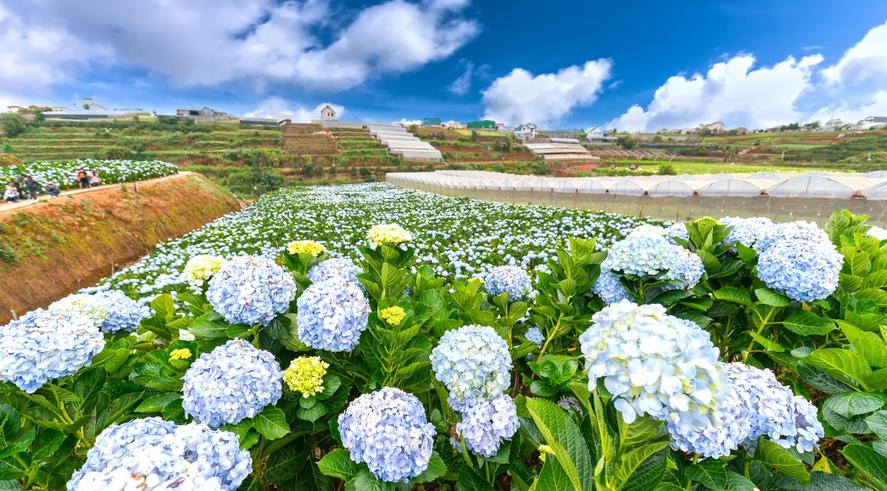