Siem Reap is a province in Cambodia that is full of archaeological sites and one of the seven wonders of the ancient world and many interesting attractions. The highlight of Siem Reap is Angkor Wat, Angkor Thom, which makes tourists as if they have escaped from the present time into the past when the Khmer Kingdom is very prosperous. However, Siem Reap is not just as good as Angkor Wat and Angkor Thom, there are also many interesting places. Let’s see 9 Best places to visit in Siem reap

Angkor Wat was built during the reign of Suryavarman II in the early 12th century and it is also one of the seven wonders of the ancient world. Angkor Wat was originally a Hindu shrine which was built to give to Lord Vishnu before converting to Buddhism. However, Angkor Wat also represents the prosperity of the Khmer empire in the past. Today, Angkor Wat is an important landmark of Cambodia. If you have never been, you should see Angkor Wat once in your life.

Angkor Thom was built in the late 12th century by Jayavarman VII and also was located to the north of Angkor Wat. Nakhon Thom has an area of ​​approximately 9 square kilometers. The highlight of Angkor Thom is Bayon castle. At the top of the castle, there are the faces that some people believed to be the faces of Jayavarman VII. Ta Prohm temple was built in 1729 but it is much more deteriorating than Angkor Wat, even though it was built several hundred years later. Ta Prohm was also used to film the famous movie like Tomb Raider. The highlight is the old giant tree that looks like a giant snake around the temple. 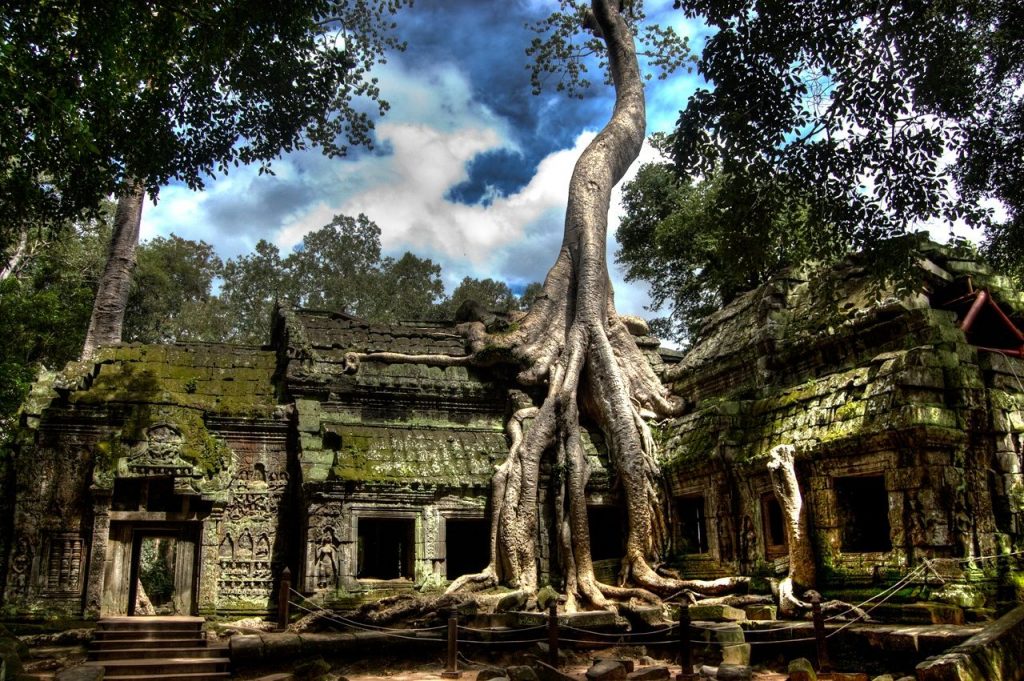 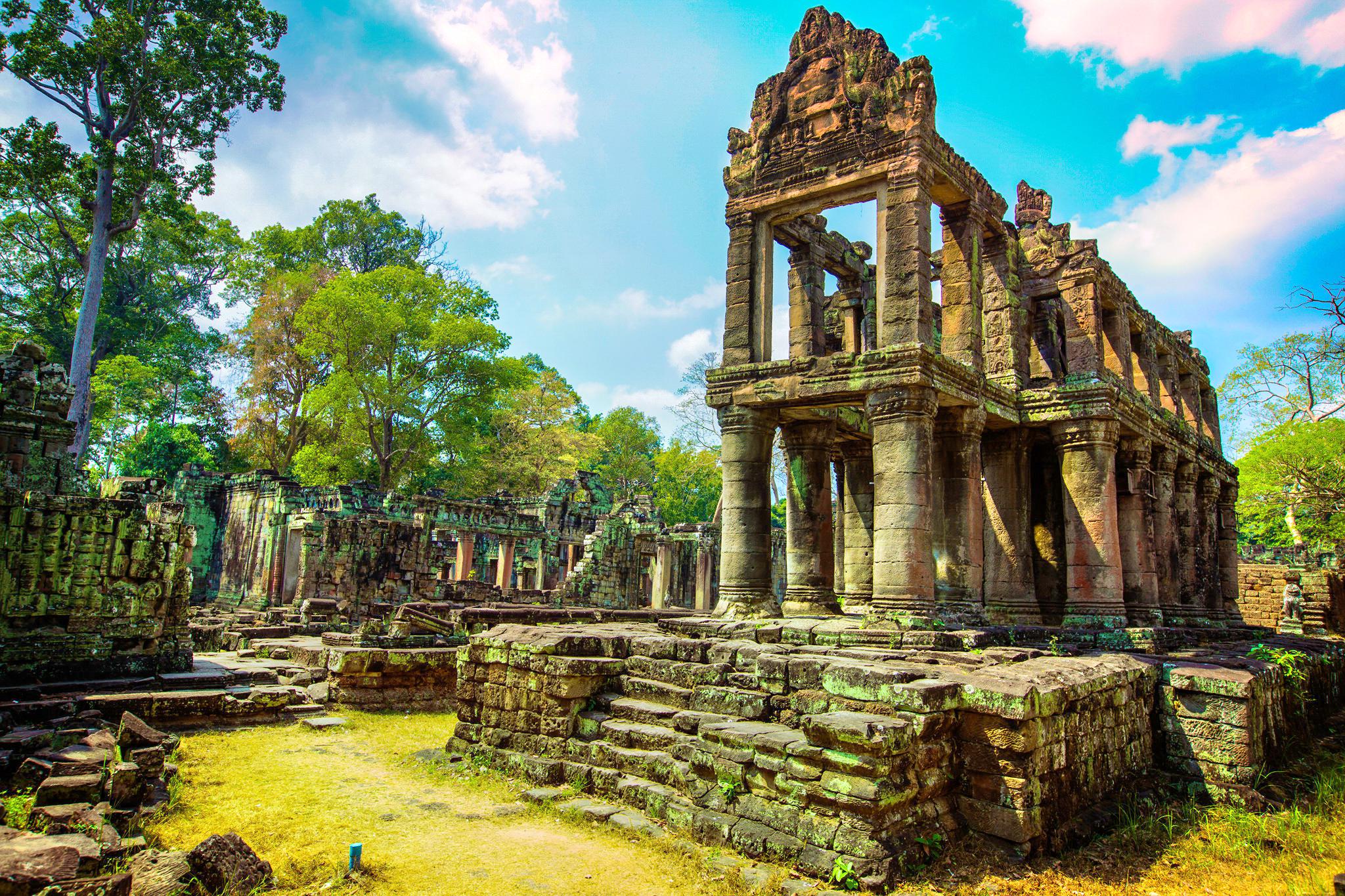 Tonle Sap is Asia's largest lake and also is a fishing village. Tonle Sap Lake is located in the middle of Cambodia which arises from the convergent flow of many rivers. The highlight is watching the sunset while having dinner.

The next for party lovers, Pub Street, Pub Street is one of the top entertainment sources of Siem Reap as well. Pub street giving a feeling similar to Khao San Road, Thailand that is full of pubs, bars, restaurants. It is a walking street with many alleys and also has room services. 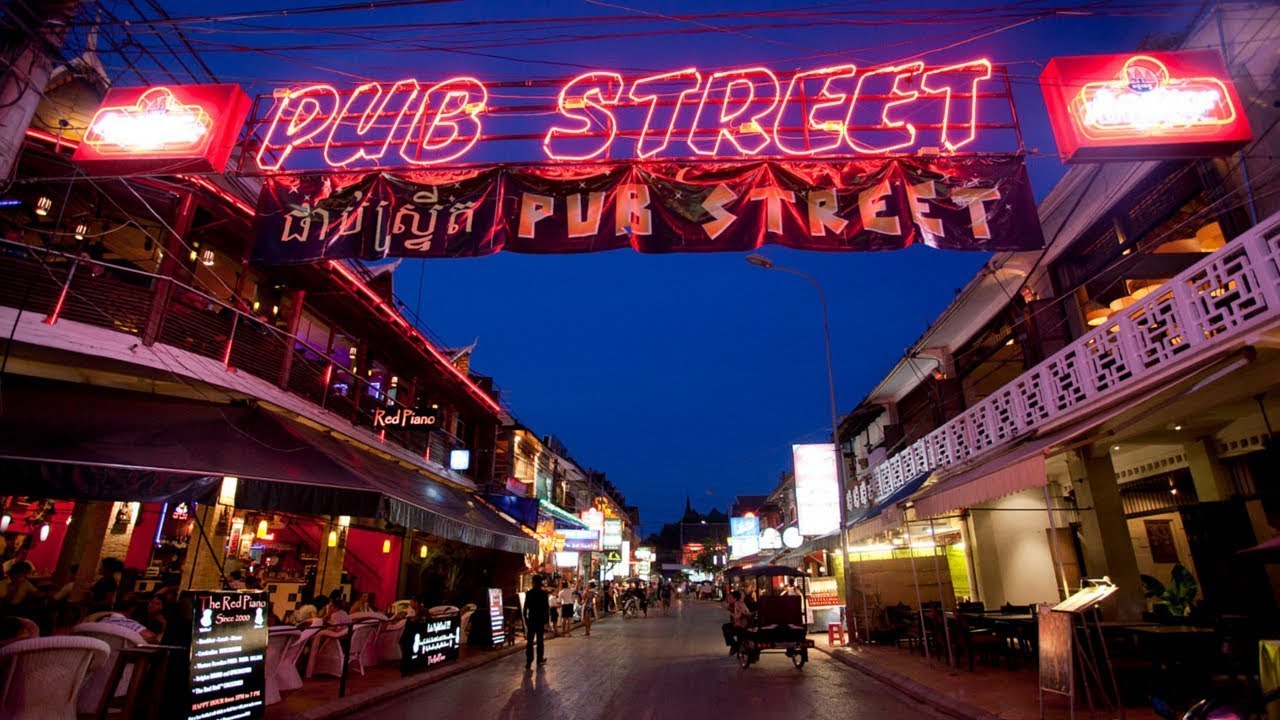 Night Market is close to Pub Street. It will be a walking street for shopping, with clothes and food for sale. Night Market giving a feeling similar to Train night market, Thailand. 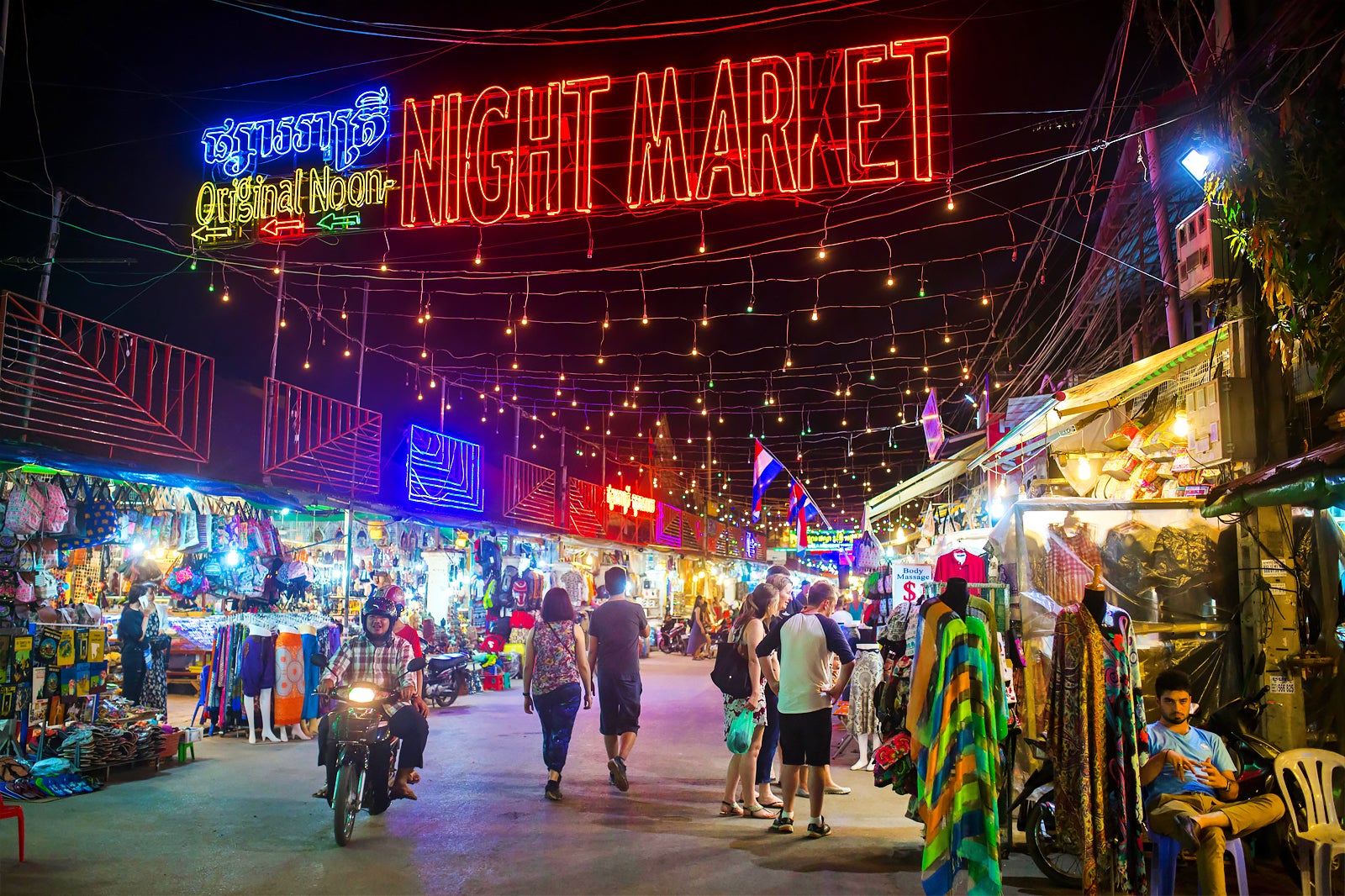